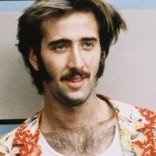 Official Quarantine Movie of the Week with Runners Up

By GrahamS., April 4 in How Did This Get Made?