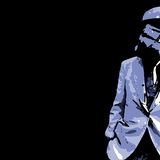 What's YOUR idea for a good music/ band discussion podcast? Mine is...